Dendrochronology, the study of tree rings, is used to date structures. The Deason Home findings were surprising. 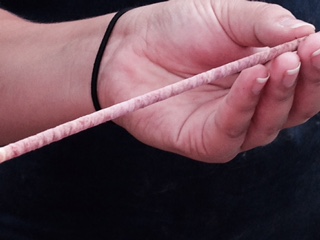 The Deason Home is the oldest home in Jones County.  Several years ago, the Tallahala Chapter NSDAR, owners of the Amos Deason Home were contacted by Dr. Grant Harley, geography professor at the University of Southern Mississippi.  Dr. Harley teaches a dendrochronology class, which is the study of tree rings. This scientific method of dating is based on the analysis of patterns of tree rings or growth rings.  Each ring represents one year of growth for the tree with temperature and moisture affecting the amount of  growth for that year.  Data is collected from trees in the area as well as old structures to give the researcher a baseline to compare samples taken from additional structures and trees.  Wood from existing structures can be analyzed to determine the date(s) of construction. 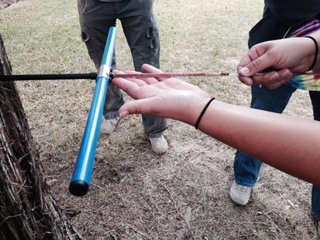 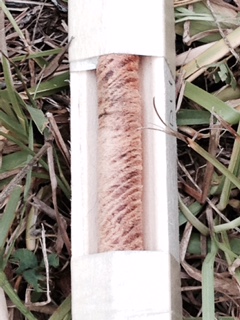 Dr. Harley and his students first visited the Deason Home in September, 2014.  They took samples from the weatherboards (the blocks on the house that resemble stone), from underneath the house and from the attic.  The team was especially excited to find wood in the attic with bark which assured them that they had complete samples.  Different parts of the home were added at different times, so samples were taken from each part of the house. These samples were extracted with a hollow shaft drill bit.  Once the samples were removed, the location of each sample within the house was cataloged and a map of the house was drawn.  The samples were taken back to USM to be polished and studied to determine their age.

This study has become a labor of love for Dr. Harley.  He has returned to the home several times to gather more samples to confirm his findings.  He is presently compiling the results of this study to be published in an academic journal in the coming year

Surprisingly, Harley’s team has dated the beginning construction of the house as the mid 1830s, a full decade before the accepted date of 1845.  We know that Ed Chapman began construction on the home but died before it was completed.  Evidently, he started the home earlier than we knew and the home must have remained unfinished for a while before Boyles McManus finished it.

The addition to the home has always puzzled those connected to the home.  Interior rooms have windows facing the halls and it has always been a theory that the addition was an existing building or buildings joined to the existing home.  We know the rooms were added around 1890.  Testing proved that the trees in this portion of the home were actually cut between 1855-1865, so it appears this portion was built during that time period and added to the Deason Home and so it appears the addition was not new construction.

Additional information from this study tells us that the trees used in the Deason Home were growing before Columbus came to America.  This is almost impossible to comprehend.  The proud old cedar tree beside the home was also tested and dates back to the 1830s as well.  The Deason Home is an amazing structure and we are so fortunate to have it standing today and its condition is a tribute to the builders who constructed it.

For more information about the Deason Home, please visit http://www.deasonhome.org.  The home is open for tours on the first and third Saturday of each month. 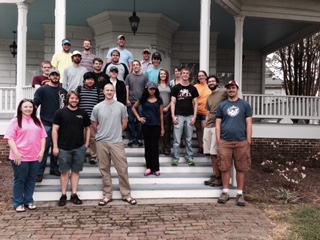 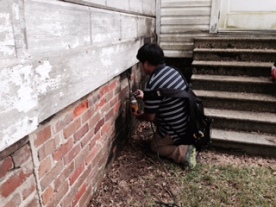 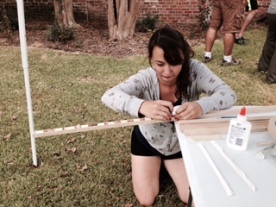 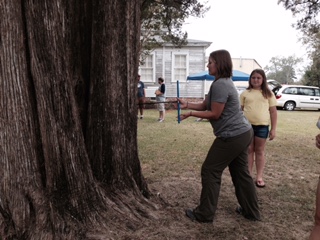 How old is the cedar?